The Turn of the Key by Ruth Ware

“I am telling you the truth. The unvarnished, ugly truth. And it is all that. It is unpolished and unpleasant, and I don’t pretend I acted like an angel. But I didn’t kill anyone. I just fucking didn’t.”

A new Ruth Ware book is out? Well, you know I have to read it!

The Turn of the Key follows Rowan Caine, a young woman who stumbles across an ad for a live-in nanny position with an extremely generous salary. When she arrives at Heatherbrae House, she is blown away by the luxurious “smart” home fitted with technology to make living easier. It’s a beautiful mansion in the Scottish Highlands occupied by a picture-perfect family, the Elincourts.

What she doesn’t know is that she’s stepping into a nightmare — one that will end with a child dead and herself in prison awaiting trial for murder.

Writing to her lawyer from prison, Rowan struggles to explain the puzzling events that led to her incarceration. It wasn’t just the constant surveillance from the cameras installed all around the house, or the malfunctioning technology that makes sleeping impossible. It wasn’t just the girls who aren’t exactly the model children she met during her interview. And it wasn’t the way Sandra and Bill left her alone with the children immediately, with no adults around to help her out except the mysterious handyman, Jack Grant. It was just everything.

Rowan isn’t innocent, by any means. But she maintains that she’s not guilty of at least the murder. Which means someone else is. 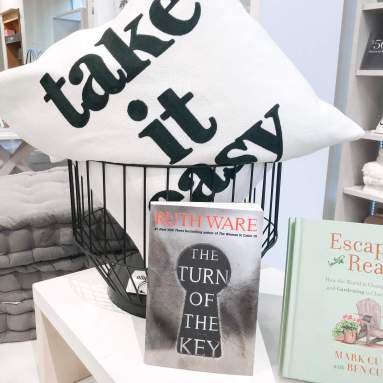 First of all, I think it was an excellent choice to have the story framed within a letter to a solicitor.

It was an interesting take on the tired trope of the “unreliable narrator.” Finally! A narrator that isn’t unreliable because of a drinking or drug problem!

Ware is hands down the master of creating a spooky and grim atmosphere that you can’t help be entranced by. The house takes on a life of its own as it’s equipped with state of the art technology. Coupled with the Victorian architecture, the book had a gothic feel to it.

To be honest, the mystery itself wasn’t that captivating for me. I was most scared when Ware was drawing on classic horror tropes, like creepy creaking footsteps in the attic, objects going missing and reappearing later, and scary porcelain dolls. Don’t even get me started on the weird things the two little girls would say in passing. Truly, it’s the thing of nightmares.

Like I said, the mystery was compelling enough for me to finish the book, but it wasn’t as strong as other books I’ve read. Out of all the twists, I was only surprised by the culprit, even though Ware must’ve left some pretty obvious clues that I wasn’t picking up on. The twist about who Rowan really is didn’t really surprise me since Ware left pretty heavy-handed clues. In fact, we’re told from the beginning that Rowan was lying about things when she applied to the job!

I felt like Ware cheated readers out of a cool reveal when it came to the spooky occurrences around the house. There were several red herrings throughout the book that I kind of wish ended up being true. It would’ve made for a better twist reveal for me. That reveal felt a bit cheap to me. I wanted Ware to delve more into the horrors of living in that smart house.

And even though I’ve seen people complaining about the ending, it was probably my favourite part of the book. It didn’t feel unfinished or unresolved. It was the right amount of ambiguity for me. We are left wondering what happened to Rowan, but the very last couple of pages was a great way to let the reader know who the culprit was.

The ending was what Ware does best! She’s able to make you get goosebumps from the creepy things she writes. 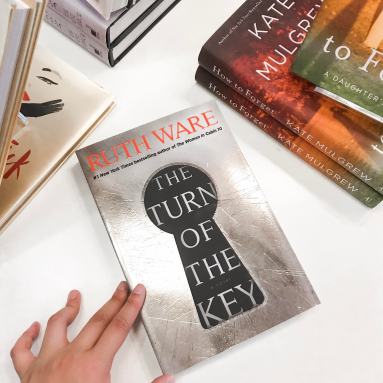 In terms of my ranking for what I’ve read from Ware so far, it goes:

As you can see, I still have two other Ware books to read. I enjoy reading her books, but she certainly isn’t my favourite author in the mystery/thriller genre. I find her books are a quick read. It’s something you can read in one sitting and be very captivated by.

The problem I have with her books is that I get so engrossed in them while reading. But I tend to forget the details and the twist after while. Her books never stay with me quite like Peter Swanson or Agatha Christie’s books.

Nonetheless, this was a spooky read that’d be perfect for your October TBR. I will definitely be picking up Ware’s other books and whatever else she puts out in the future!

5 thoughts on “The Turn of the Key by Ruth Ware”

It’s my goal to read all of Jane Austen’s work this year. I’ve read Pride and Prejudice and Emma. Which one should I read next?⁣ ⁣ #bookstagram #bookstagrammer #booklove #booksofig #bookobsessed #amreading #goodreads #beautifulbooks
“I found that I no longer understood the rules of the world I lived in. The book club was my way of finding answers.” ⁣ ⁣ S/O to @netgalley for this ARC! Banned Book Club comes out in May and I can’t wait for everyone to read it 🌟⁣ ⁣ #ebook #ARC #netgalley #bookstagram #book