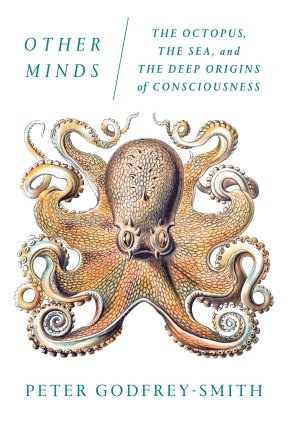 Other Minds: The Octopus, the Sea, and the Deep Origins of Consciousness by Peter Godfrey-Smith

Published by Farrar, Straus and Giroux on December 6th, 2016

“When you dive into the sea, you are diving into the origin of us all.”

I’ve had an obsession with the ocean since I was young. Even after almost drowning and getting pulled under huge waves on two separate occasions, I’ve never stopped swimming in the vast open waters. Something about it was calming, albeit very scary at the same time. At one point I was convinced I was going to grow up and become a marine biologist.

Since I got my subca diving license last summer, my obsession has grown. It’s a pipe dream, but I’d love to go in a submarine just to see what life forms lurk in the depths of the sea. 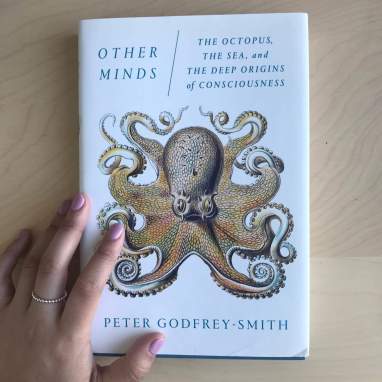 All this is to say that I was very excited to pick up Other Minds. In this book, Godfrey-Smith explores the mystery of the cephalopods, consisting of the squid, the cuttlefish, and the octopus. New research has shown that they are highly intelligent and display remarkable gifts. Godfrey-Smith combines philosophy and science to delve into the minds of cephalopods to understand communication and how their brains and nervous system compared to ours.

I had trouble rating this book, but I ultimately settled on 3 bubble teas. I greatly enjoyed Godfrey-Smith sharing interesting experiments and anecdotes involving octopuses. Each story showed just how smart cephalopods are and how the general public are ignorant to this. I also really loved the inclusion of Godfrey-Smith’s high quality stills from his adventures underwater.

Unfortunately, the book lacks structure. The author tends to ramble on and it seems to me that this book could’ve gone through another round of edits. Some paragraphs go on for ages while some are unreadable.

Even though I liked reading about the experiments, I wished Godfrey-Smith discussed what these experiments meant, the results, and how that affects how octopuses behave or think. Yes, they are intelligent, but what does that mean for them? How does that make their lives different? 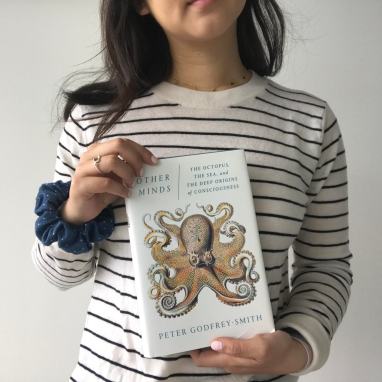 I think my biggest issue is that I went into this book thinking that I’d learn a ton about octopuses. Instead, what I got was Godfrey-Smith writing a book about other minds and simply using the octopus as an example.

There was definitely some thought provoking things about the nature of consciousness, but I felt like the author was better at posing questions rather than delivering answers. Not only that, a large chunk of the book was speculative.

Also, this book ended in the most strange way. It was an abrupt ending with no wrap up or closure. I didn’t even know it was the end until the next page was the notes section!

Ultimately, I think the premise was interesting and promising, but failed to deliver on multiple fronts. Isn’t it wild to think that more than eighty percent of our ocean is unmapped, unobserved, and unexplored? That leaves so many life forms waiting to be studied. And I hope to read more about them in the future!